Medieval Comfort Food for the Election? 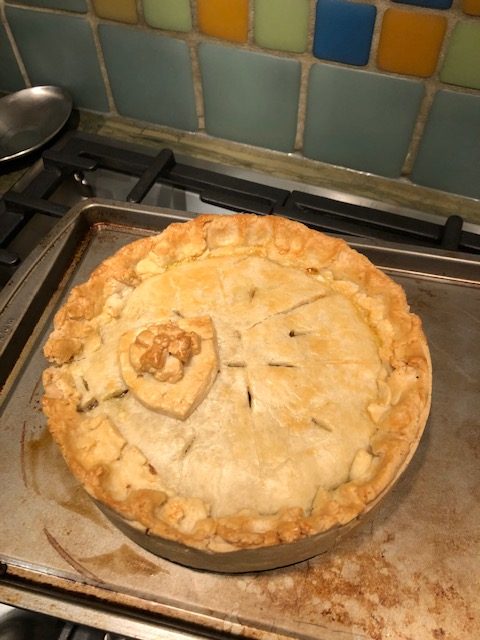 Using a recipe from my online class about medieval English life, I made a medieval meat pie. First, I began by making a short crust and lining a spring-release cake pan. Then I substituted wild boar with ground turkey (turkey was from the New World, not to be in England for some time) and seasoned with cloves, cinnamon, nutmeg, salt and pepper. I added onions, celery, and garlic to the meat. The recipe called for a bottle of red wine, after setting aside some for the chef, so I used a cup of red wine for the meat mixture. I covered the pie with the top crust and decorated a miniature shield out of leftover pastry. The pie was a little odd to the modern palettes of my family. But the crust and the rest of the bottle of wine were delicious! 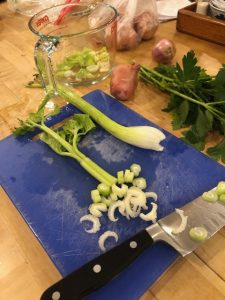 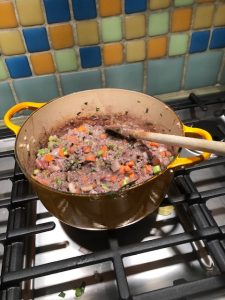