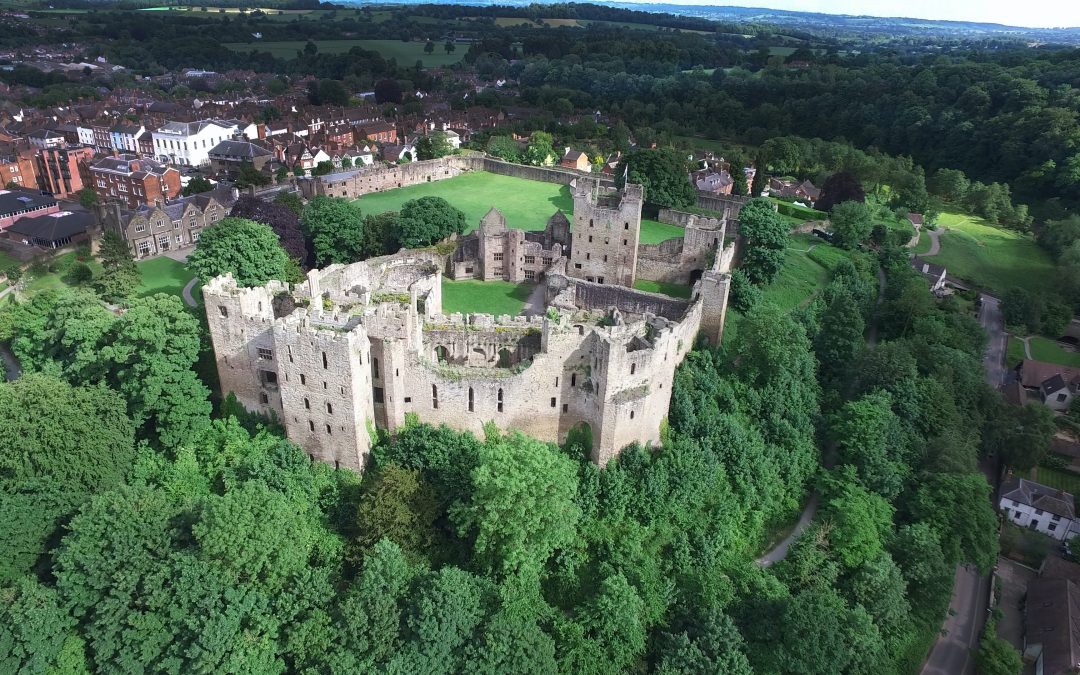 I continued my faux journey to stop at Berkhamsted, where Cecily of York, Richard III’s mom spent her late years, and then on to the medieval town and castle of Ludlow. Cecily’s sons were raised in this castle. The drive from Fotheringay to Berkhamsted is approximately an hour and a half. Berkhamsted to Ludlow is about two hours and forty minutes.

Ludlow, in the Welsh Marches—the borderlands between Wales and England—is a town with 500 registered historic buildings, which I learned from Richard Vobe’s “Walks in Shropshire: Exploring Ludlow.” It was a Norman town with a Saxon name that means “On a hill above a noisy river.” The walk is a video of Richard and his companion walking and discussing interesting elements about the town, including the market and the yearly food festival in September.

For a video tour of Ludlow Castle, you can’t beat British history tv presenter, Dan Snow, and his dad, Peter Snow for castle enthusiasm. Dan does an eight-minute video of the keep. Ludlow Castle was built by William the Conqueror’s henchmen in the eleventh century, and used by Mathilda’s forces in the civil war of the twelfth century. It has a round chapel and, in other video tours, I learned of additions of kitchens and guest quarters. But Dan and Peter Snow give the best view of the town.