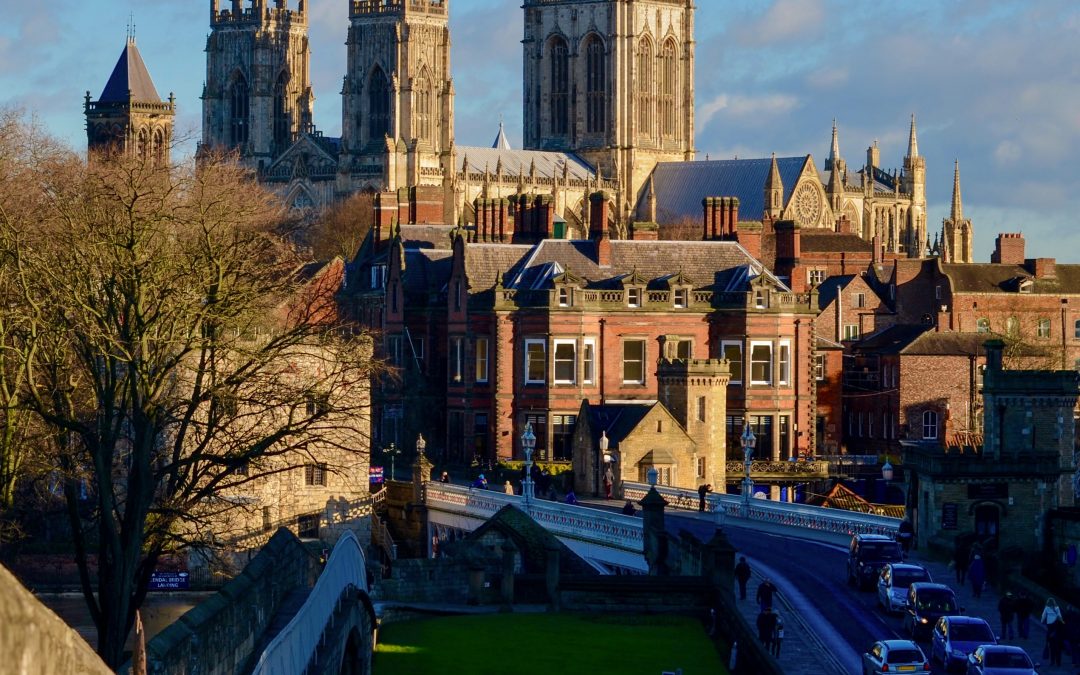 In the final segment of this virtual tour of England, I went north. The drive from Ludlow to York is approximately three hours and twenty minutes. York is a medieval town preserved because the local government chose not to put the train station in the center of town. It appears to be full of tiny alleys called snickleways, and I took a video tour to see these with Warwick Burton. Burton was a bit of a tour guide sensation, and there are many videos of him.

I also did Pop Travel’s hour-and-six-minute video walk of York. This seems like a long time to watch a video taken by someone on a walk, but I enjoyed it. You could pick and choose parts of it. For something shorter, there is the American WTHS 13’s video of inside York Minster. You can’t see York without visiting the Minster.

About an hour-and-twenty-five minutes North of York, is Durham, where I started with Raby Castle, the place of Cecily Neville, Richard III’s mother’s birth. Her nickname was the Rose of Raby, and her portrait is located in the castle’s chapel. I learned this, as well as other tidbits of information, on the Raby castle informational video, narrated by the lead tour guide. One of the interesting things about the castle is the abundance of jelly molds in the kitchen.

Moving on to the medieval section of Durham, Smart History has an interesting nine-minute discussion of the architecture of Durham Cathedral, but really nothing beats Rick Steves on the riverside walk and the narrow medieval cobblestone path up to the cathedral. I am a huge Rick fan, so this was a treat. I imagined myself on the same path, with Rick’s guidebook in hand.